Italian Serie A giants Napoli earlier this week confirmed that they have parted company with their manager Gennaro Gattuso after the Italian head coach was unable to guide the club to Champions League football at the end of last season. Gattuso was given some cash last summer to get new players that would supposedly strengthen the squad and help them fight for titles in the Serie A but things did not quite go according to plan. 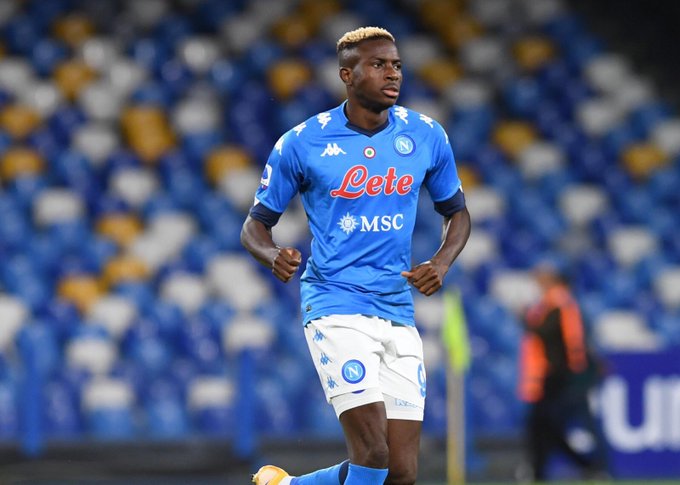 The manager signed African striker Victor Osimehn from French Ligue 1 side Lille and he would then go on to cement his status as one of their most important players upon his arrival. The Nigerian international striker became a regular in the Napoli team and scored a couple of goals that saw them up their fight for a top-four finish but they were, unfortunately, going to lose out on that fight.

The season ended dramatically as a Napoli 1-1 draw at home with Verona meant that they would be handing the UEFA Champions League ticket for next season to their bitter rivals Juventus and then they would have to settle for a fifth-place finish, meaning that they would be playing in the Europa League next season. The Napoli president then decided to hand Gattuso a sack letter following the unwanted end to the season and the decision has sparked a couple of reactions from Napoli’s players.

Osimehn, who Gattuso signed for Napoli, and who also currently holds the record for being the most expensive signing in the club’s history (at £72 million), has sent a heartfelt message to his former manager thanking him for the opportunity to play for a club as big as Napoli, while also stating that the former footballer gave him a lot of motivation both as a player and as a person. Osimehn admitted that he would not forget Gattuso’s impact on his career in a hurry.